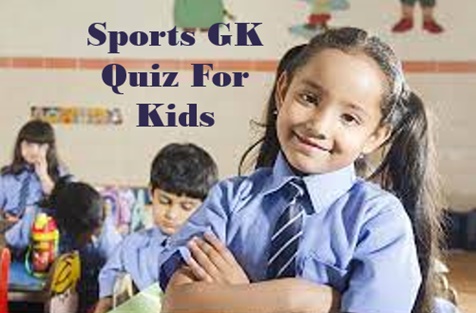 Hello friends, today in this article we are going to (Sports GK Questions for Class 6 in English) answer some GK questions related to sports for children from class VI to class VIII, which all parents should study these questions to their children, from which The related general knowledge should be strong, now they can answer them correctly when asked in the examination. Read More… Must-Know GK Quiz class 6 CBSE

Q.1  In which year Olympic Games were cancelled because of World War I ?

Q.3 Where did the game of Badminton originate from?

Q.4 When is national sports day of India celebrated?

Q.5 When was women’s and men’s doubles introduced in Wimbledon?

Q.6 Who among the following is known as “Flying Sikh of India”

Q.9 How many players are there in each side of a Hockey team?

Q.10 How many players are there in each side of a Basket Ball team?

Q.11 Commonwealth Games are held in every _ years

Q.12 What is the full form of cricket tournament- IPL?

Q.13 How many Grand Slam Tennis Tournaments are held every year?

Q.14 In which sports, the term HAT-TRICK is used?

Q.15 Number of players in one team of Kho Kho are

Q.18 Football was introduced as a competitive game in Olympics in year –

Q.19 Hockey is the National sports of –

Q.20 Which is the National sport of Canada?

Q.22 _ is the national sport of Turkey

Q.23 In which country Commonwealth games were held in 2010?

Q.24 Which country has hosted Commonwealth Games for the maximum number of times?